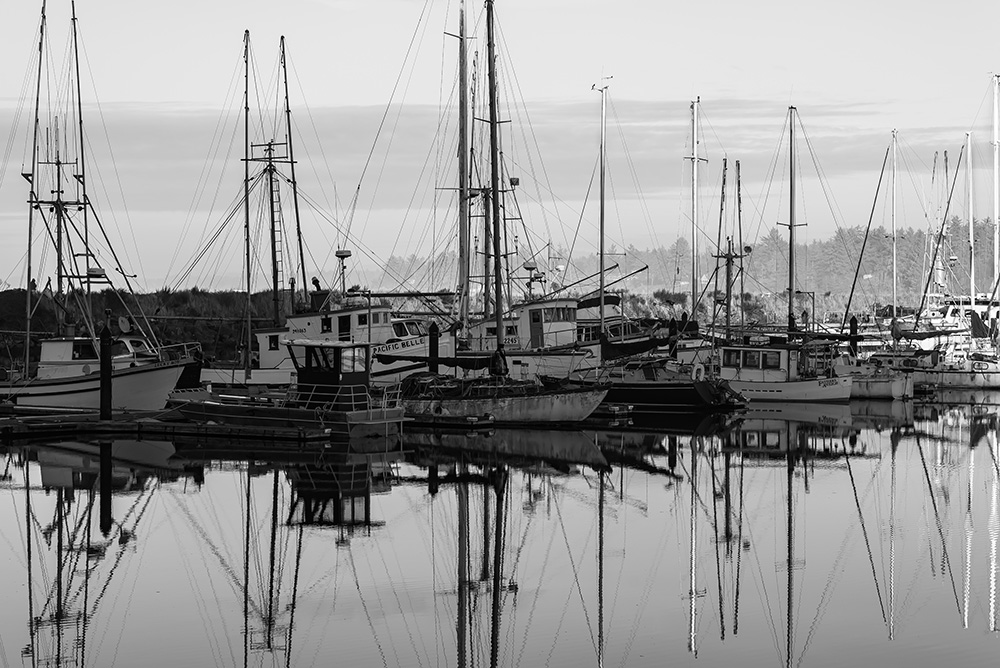 For my Sunday afternoon ritual, I would sit on deck of my sailboat home– my floating private hermitage–called the Raven. I would sit and gaze at the waters of the river Tagus (pronounced Tay-jew.) I would look Westward; watching the widening water expand to become a bay, finally spilling itself out into the Atlantic some 20 miles further.

I would turn my head to watch the shore on the other side of the river looking at a boat of African fruit freighters docked. Occasionally they would leave floating presents in the form of crates of bananas, oranges and mangoes floating to be picked up by a poor primate like myself.

Sometimes I would look beyond all the action at the port towards Cacilhasto Bay where the great Lisbon bridge that was a replica of the Golden Gate Bridge stood underneath the massive towering statue of the beneficent Jesus which was a replica of the Jesus statue in Rio de Janeiro in Brazil.

After a time, I would pick up my sax and start to play while watching the sun set behind the bridge and the towering Jesus with his arms out stretched toward the light as if he waving for all of us to the runaway sun as the sky turned from blue to cream to purple to black.

And so it was on this particular Sunday.

Two days earlier a curious boat from Hamburg had sailed into port, but I simply took it in and didn’t give it much mind. After

all, curious boats were arriving daily from all over the world. I would meet the captains and crew and when it was right, we would exchange stories in lantern lit galleys through the night over bottles of good Portuguese wine.

There was the Norwegian Captain who kept repeating; “I’m so depressed” even though he sailed in the most beautiful vessel I had ever seen — a 19th Century passenger sailboat — a real floating piece of art.

There was the British man who told me of green sunsets over the southern Pacific. He was a passionate old hippy genius who had built his sailboat himself.

There was the French Captain whose wife had left him for his best friend and who after that, decided that his wife would, hence forth be his floating vessel, but that he had many mistresses, one of which gave him syphilis in Shanghai.

There was the Norwegian amazon woman — possibly the most alive and gorgeous woman I have ever met — who accompanied my sax on a djembe all night long and then sailed the next day for Africa without as much as a wink of sleep.

There were the secretive Russian sailors who were stuck in Lisbon, because their fishing/canning ship was being held until they could come up with docking fees. One night I got super smashed with them and listened to them sing Russian fishing songs until the dawn hours.

But mostly the boats would come and stay for a week or so while their passengers would explore the wonders of lovely Lisbon, and I would never meet them.

So, while I intuited that there was something extraordinary about the German boat and its occupant, I didn’t give it any thought.

On this particular Sunday as I began to play my horn for the sunset coming on, I was meditating on my favorite emotion — loneliness. In those days, I was almost always lonely. I reckoned it was the price I had to pay for being me.

So I got into my playing and feeling into my solitude. That was when I heard a noise from down below.

A man from the Hamburg boat, the captain I surmised by the way he ambled in that peculiar sea-captain kind of walk — like a man of authority who never the less is more comfortable on the ocean than on land — walked over to the landing next to my boat.

He had a balding gray head, gray beard, shiny blue eyes above a strawberry nose that foreshadowed a watermelon belly.

He was smiling up at me brightly and asked if he could come on board and listen for a while.

I invited him so he climbed on deck, and sat across from me as I played. I continued to play for some time.

I was just giving sound impressions to describe the feelings of the moment. And those feelings were sad ones; feelings of loneliness and longing and nostalgia the Portuguese call soldade.

He sat in complete stillness with his eyes closed and a gentle smile on his face until I finished.

Then he opened his eyes, sighed, and said that my playing reminded him of what it was like to be all alone in a cave in the desert.

I asked him to explain.

As he began to talk I noticed that he had been drinking.

Besides, this was my sacred Sunday ritual — playing my horn while watching the sun set, and I was not about to compromise it for some silly and mindless enounter.

As you will see, I was well rewarded for my patience.

He began with his life story.

“One day, twenty years ago, I woke up with a strange feeling.

At the time, I had been married to my second wife for 11 years and had been working at an automotive shop as a manager.

I woke that morning with an intense and scary feeling.

By noon it became clear what that feeling was telling me, and it could not be ignored.

That feeling was telling me I was to quit my job that day, and leave my life as it was including my wife — for no reason at all. This feeling was so strong and clear that I did not question it.

My employer looked at me with disgust when I informed him I was quitting and would not return another day.

Then I went home. My wife was there waiting for me with a prepared dinner — like always.

We sat and ate. Then I told her that there was something important I had to say.

I started by saying that she was a fine wife and that there was nothing wrong with her in anyway. I then cleared my throat and told her that I had to leave. There was no reason I had to leave. It was simply time to go.

She became quite scared and started yelling at me.

She said I had gone mad and then she ran to the front door and locked it and took the key to try to keep me captive until I came to ‘my senses’.

But instead of changing my mind. I suddenly knew that I had to leave that very moment.

I felt that if I stayed in that house one more minute I would suffocate. I slapped her in the face hard and she fell to the ground.

I ran to the door like a bull and smashed it open, breaking my arm, but breaking free.

I had gotten out.

For the first time in my life I had no money, no wallet, no place to stay.

That weekend I stayed at my son’s best friend’s house.

I dared not stay at the house of any of my friends. I knew the authorities would be looking for me.

I left town the following Monday never to return. For the next two years I lived hand to mouth doing odd jobs, going from room to room. I wondered about aimlessly.

Then I joined a buddhist monastery and stayed there for 6 months. I liked it there, but one day the head abbot came to

me and said that my time there was finished and it was time to go.

So back on the streets I went. I wondered about. In that time, I spent a year in the Sahara desert, and then Tibet, and then a cave, and then I met a clan of Sufis. (muslim mystics)

They took me in, but again, after about 6 months, they told me it was time to leave. Then I met a group of gnostic monks and stayed with them for a while.

Finally I learned to sail.”

When he finished we sat in silence as we drank in the magnificent sunset. Then, at once, he looked deep into my eyes. “All of it was for nothing.” He smiled as he said this.

He simply laughed, stood up, directly faced me and explained; “What I finally realized was my search was not needed. We don’t need to think about all this. All we need is to accept the beauty of diversity and contradiction.”

“The problem is,” He continued, “everyone wants Unity — to be one thing only — and they want it THEIR way and therefore all the wars, competition, judgments, and suffering.

But unity is no longer the primary condition. Unity was the PREVIOUS condition.

I told him that I didn’t understand.

This made total sense to me. I finally understood the beauty of not being one, but being many.

But then I felt that feeling. That feeling I have been carrying around forever, it seemed.

I asked in a quiet voice: “What about the ‘me’ inside that is all alone with no one to talk to–so lonely?”

He answered: “That is Unity, or God, if you prefer. It is One and nothing else and that is a true feeling–one with itself. It has no one, but has desire and longing; hence the dance and push to the condition we now enjoy: Diversity!”

Suddenly in a flash I understood this man through and through.

I was at home with that in me which was completely alone.

Then I looked into him and it happened!

I became fully aware that the alone part of myself was also that part of himself that was alone.

I saw myself as both alone and complete in and of myself and yet also complete only in the joy of relationship.

In this way, I was enlightened.

There was no tension between us.

We cried and hugged and danced.

I saw how lucky it was to be a human; capable of being both God in total and vulnerable fragmented human who was merely part of the whole.

I looked into his eyes and saw ME staring back from HIM and said nothing.

I simply picked up my sax and played him a sweet melody as he jumped off the Raven, and danced his way down the plank to his own boat.

The following morning by the time I awoke the curious boat from Hamburg had already departed; leaving me nothing but a smile and this story.

Your have been successfully subscribed. Thank you

Any cookies that may not be particularly necessary for the website to function and is used specifically to collect user personal data via analytics, ads, other embedded contents are termed as non-necessary cookies. It is mandatory to procure user consent prior to running these cookies on your website.